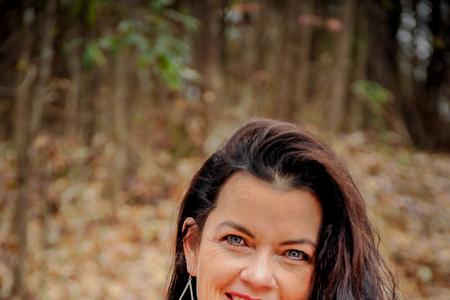 Nancy Wynn Copper was a loving wife, mother, daughter, sister, and friend who had a heart for the Lord and a smile for everyone she met.  She was a Mississippi girl from the Delta who grew up on a cotton farm with her three brothers.  Growing up her best friends were always her dogs, of which she had probably a hundred or more throughout her life.

Nancy was a freshman in college at Ole Miss when she was diagnosed with Hodgkin’s disease at the age of 19.  She went through a rigorous treatment of chemotherapy and radiation and was told at one point that she was going to die.  She was sent home and family and friends were devastated.  Nancy said that that was when the Lord came to her and said, you are not going to die.  You are going to live and you will one day have a son named Caleb.  From that point on, Nancy’s life was dedicated to Jesus.  Despite the prognosis of her doctors, she survived Hodgkin’s disease.

She got a degree in nursing from Delta State University and was a dedicated labor and delivery nurse who thoroughly enjoyed helping her laboring patients bring new babies into this world.

She was married to Chad Copper in May of 2000 and on March 8, 2002 they welcomed their son, Caleb, into this world.  Her doctors had said that she would never have kids, but Nancy believed the Lord, and He delivered on his promise.  Their second son, Austin, was born April 5, 2004.  Nancy was a dedicated mother, putting her nursing career on hold to come home and raise her two boys.  Her smile was never bigger than when she was with her boys.

In November of 2016, Nancy was diagnosed with cancer for the second time, a result of her aggressive cancer treatment for Hodgkin’s disease 25 years earlier.  Despite a strong fight which included chemotherapy and radiation again, this time the Lord called her home.  If anyone were to ever hear the words “Well done good and faithful servant”, it was Nancy Copper.  To this day, she continues to inspire hope, strength, and love in her family, friends, and all who knew her. 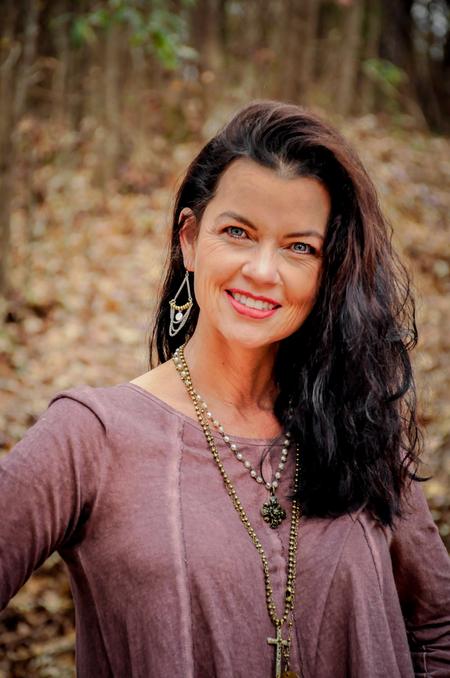 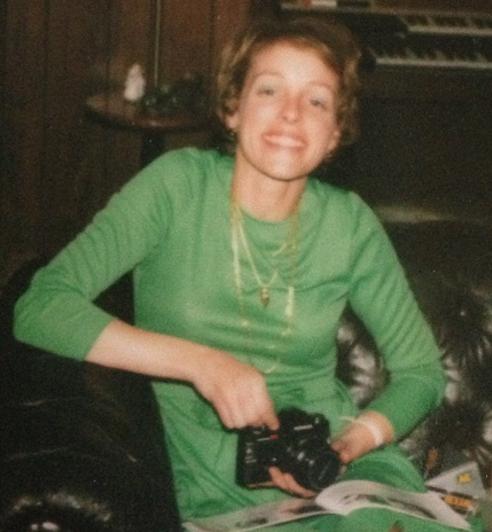 Beloved mother of three and grandmother of eleven. Herchildren and grandchildren remember her as a "giver". She gave her time and talent to her family, her church and her neighborhood. She volunteered for anything that she could do--especially if it involved cooking or baking. Anyone even casually stopping by was offered a magnificent assortment of treats to eat and drink. She listened to cooking shows on the radio and tried almost every recipe!

At church she was there to clean every week, act as an Honor Guard at funerals and take on any task.  She loved laughing and being around friends. She had bridge games at the house and was on a bowling league. She and her girl friends went out to eat every Thursday for lunch. They would go miles and miles not to eat in the same restaurant. Her most exciting lunch tale was having eaten at the same restaurant as Jimmy Hoffa on the day he disappeared.

Once she had grandchildren, we became her focus. Boxes of treats in the mail, special cards and letters, a first airplane flight ever to be there when the first grandson was born, despite her fear of flying.  We were her joy and she was ours.  She would sit on the front porch, sometimes for hours, waiting to see the car with grandchildren drive up. She had a "secret" cupboard in the dining room that held goodies for all of the little ones. She truly gave her heart to all and was so loved in return. She died in 1981 after an 8 yr struggle with cancer, and even then donated her body to the University of Michigan so maybe she could help one more person.

My godmother was first a beloved friend of my parents and then captured my heart with her nurturing warmth and open arms. I felt so lucky to have such a kind and beautiful godmother. She had a son and then three daughters and was a nurse like my mother.

She was always smiling and full of life and her house seemed constantly filled with friends and celebration. Later in life, she was accepted into medical school and started an even more rigorous schedule while managing a family. During one of the semesters, her husband had a severe medical issue and she took the semester off to take care of him, only going back when he was well.

She made time for lunches, parties and get togethers with my mother and her friends despite the schedule. People always wanted to be around her. She exemplified kindness to others and was well known for making hundreds of batches of chocolate chip cookies to share with family and friends. She was diagnosed with cancer just after her medical school graduation.  Despite difficult treatment, she entered her residency program and continued with it until she was no longer able. She gave of herself to the very end.

Laurie was a wife and mother of three children.  She involved herself in all of their activities and worked as well.  She had an Open Door policy in her house with neighbors and friends dropping by for coffee at any and all times.

She loved reading, camping, playing Bingo and volunteering at church while her children were in school.  There was never a time that she wasn't available to do for others. After her children were out of school, she moved with her husband to a small town and a beautiful dream home. She soon became involved in all of the activities there and learned how to ride a snowmobile and get involved in wintery sports.

Even after being diagnosed with cancer herself, she was volunteering at Mercy Hospital packaging bandages for others. She was a loving aunt with a generous heart and would give her last penny to anyone in need. She was able to experience having grandchildren her last few years and loved to babysit them and spoil them when they visited.

Sherry Maloney was first and foremost a loving wife and a caring mother, but she was also an outstanding member of the Gainesville community. She was a skilled pediatrician whose attention to detail earned the respect of all her patients. She advocated for her three children, never missing a sporting event or band performance. Her warmth and kindness touched the hearts of all of her many friends until she went to be with our Lord on December 7, 2014.

Sherry enjoyed many hobbies. The flowers and other plants around her home attest to her love of gardening. She was also an avid cook and a seamstress, making her home easy to live in for her family and their guests. She liked to play tennis. Sherry also had a keen appreciation of the natural beauty in the world, and traveled to many places around the world, including Alaska, Hawaii, Costa Rica, Italy, and Greece.

Perhaps one of Sherry’s greatest passions after her family and friends was painting. She began to paint in the 2000’s and quickly became proficient with oil paint. Her favorite subjects were still life pieces and landscapes from the places she visited. Pieces of her art have been featured and awarded in shows at the Quinlan Visual Arts Center. 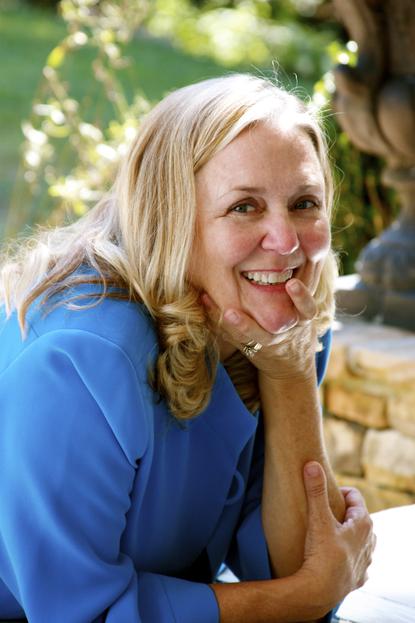 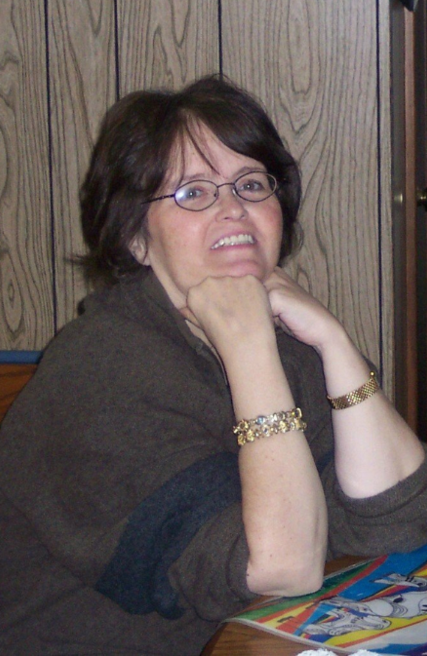 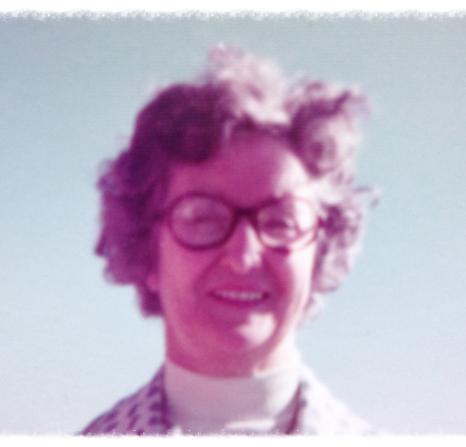 "The fund is in honor of four Inspiring women who have touched my life and those of others: My grandmother, my godmother, my aunt, and two wonderful and inspirational members of our community. Each had a special gift of sharing love and making the world a better place for us all. For their love and example, I am eternally grateful." - Founder